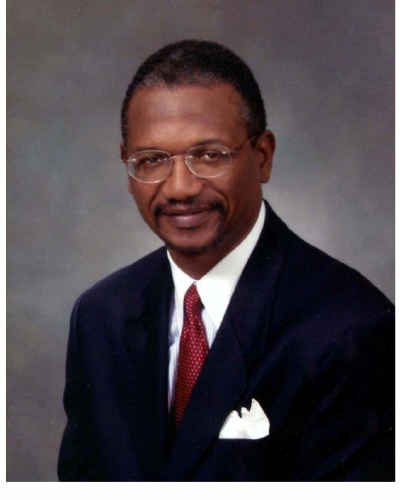 A native of Fifth Ward, Texas, and a life long Democrat, Harold Dutton’s roots began in the Kelly Courts. After graduating from Phillis Wheatley High School when he was only sixteen years old, Dutton attended Texas Southern University (“TSU”), where he earned a BBA in Accounting. Dutton’s academic and professional achievements resulted in his designation as a “Distinguished Alumnus” by the TSU School of Business.

Other than during the period Dutton was Executive Director of Julia C. Hester House, his principal employer upon graduation from TSU was Conoco Inc., where he held management positions in corporate planning and economic analysis. After leaving Conoco, Dutton became President of Four Star Broadcasting and with the assistance of the late Congressman Mickey Leland, Dutton was granted an FCC license to operate TV–67, an independent UHF–TV station, which began airing in the Houston area in early 1986.

For his service to the community, Representative Dutton was cited as an Outstanding Young Man of America. He is a member of Kappa Alpha Psi Fraternity, a 32nd Degree Mason and is serving his nineteenth term in the Texas House of Representatives.

Representative Dutton is a graduate of the Thurgood Marshall School of Law, where he was inducted into “Who’s Who in American Colleges and Universities.” Dutton, an Adjunct Professor at the TSU Law School, is a member of the Texas Bar Association, the Houston Bar Association, the Texas Trial Lawyers Association and the American Association for Justice. Dutton operates the Law Offices of Harold V. Dutton, Jr. and Associates.

Dutton’s many legislative achievements include successful sponsorship of Texas’ first statutory program to assist women and minority–owned businesses, initiatives to enhance public education, particularly in alternative education and creation of incentives to reduce the problems of insurance availability and affordability in traditionally underserved areas. Other legislative achievements include legislation for Texas’ annual sales tax holiday and legislation permitting ex–offenders to regain their right to vote and providing compensation for wrongfully convicted individuals, preventing contract for deed scams, revamping the juvenile justice system and solidifying a parent‘s right to reasonably discipline their children.

Association, the Hispanic Journal, the United States Small Business Administration and the Texas

Association of African American Chambers of Commerce. Rep. Dutton was honored by the Urban Enrichment Institute (formerly 5th Ward Enrichment) with the Lifetime Achievement Award and was named “Legislator of the Year” by the Texas Municipal League.